Instagram launches IGTV app for creators, How To Use It ? 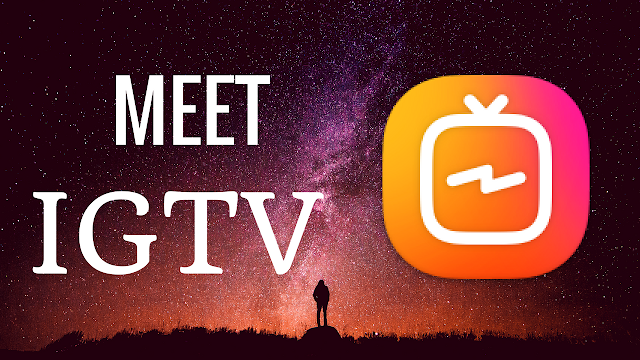 Instagram was born as a simple photo-sharing app in 2010, but it began moving into video in 2013, when it started letting users upload short clips. Now, five years after making that initial push into the space, the company plans to take its efforts even further with the launch of IGVT. It's a stand-alone app that'll feature vertical videos up to an hour long, which is a major shift from the one-minute time limit on Instagram. IGTV will also have a dedicated space in the main Instagram app, in case you want to watch these videos in the same place you look at pictures and Stories. With creators including Fortnite champ Ninja and singer Lele Pons on board, it's clear Instagram wants to lure internet personalities like them to IGTV -- even if it can't pay them just yet.

Although CEO Kevin Systrom did tell a group of reporters that monetization options will be available to IGTV users down the road, Instagram missed a huge opportunity to become a serious threat to YouTube on day one. Especially as YouTubers are desperately looking for alternatives to Google's video site. The company is continuously changing its advertising guidelines -- which affects how channels earn money. Last year, during an effort to automatically demonetize offensive videos, YouTube ended up stripping innocent creators of revenue. It eventually made amends and fixed its mistake, but not before it had set off an avalanche of very public complaints from YouTubers about what they called "adpocalypse." 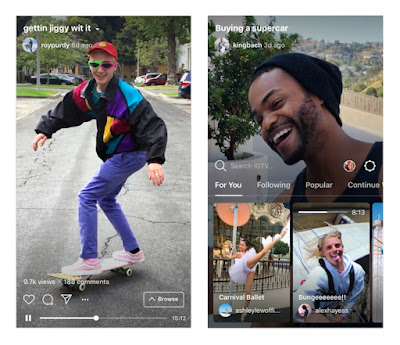 These constant shifts in YouTube's monetization rules, and its algorithms, have led some creators to have public breakdowns and address growing mental health problems caused by the anxiety of their jobs. The pressure of having to constantly produce new content, while worrying about whether their videos may end up violating the service's ad guidelines, has become a stressful ordeal. So, for those making a living out of YouTube, other sources of revenue would be more than welcome.

This should be where IGTV comes in. But Instagram decided to push its product out the door without any of the tools necessary for creators to actually make money. Of course, it could easily run into similar issues as Google has. But YouTube's problems are well documented and could provide a rough road map for what to do and what not to. Even though Instagram doesn't have a way to pay creators yet, there's obvious interest from some of the world's biggest -- as shown by Ninja and Lele Pons' presence at the launch event. And that shouldn't come as a surprise, since it would be a mistake for any of them to ignore an app that now has one billion monthly active users and counting.

"We're not starting there, because we're trying to just give a good consumer experience," Ashley Yuki, Instagram's product manager, told Engadget about the decision to leave ads out of IGTV at first. These videos can have links in their description, which could direct people to something such as a sponsored Instagram post. Native advertising campaigns, like the ones Kim Kardashian used to have so much trouble with, are a major source of revenue for influencers. So, until pre-rolls or swipeable ads arrive on IGTV, creators with large followings will probably have to rely on those. 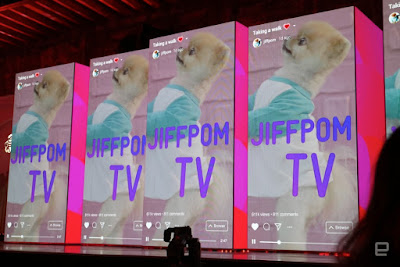 YouTuber "Elly Awesome," who has more than 285,000 subscribers on the site, said that not being able to make money on IGTV isn't a deal-breaker. She said earning cash can easily be done through product placements on videos, including paid reviews. Elly added that, given the quick nature of vertical videos, she's excited about the prospect of IGTV helping her engage viewers in a much easier way than on YouTube. "I definitely think it could do what Vine did and be a great platform to grow new social media starts," she said.


"But we are committed to make sure that creators can make a living here [on IGTV], because for a lot of them, this is a full-time job."

Still, Yuki added that since the ad-based revenue model is an industry standard, it would make sense for Instagram to adopt it down the road. Not only because it would benefit the company itself, naturally, but also the community as a whole. "It's a reasonable place to end up. We'll see what makes sense," said Yuki. "But we are committed to make sure that creators can make a living here, because for a lot of them, this is a full-time job." 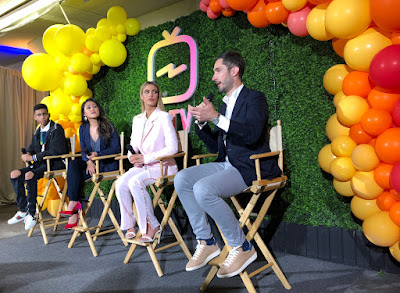 An undeniable benefit of IGTV is that it will have a billion users on day one, since everyone who has an Instagram account can start uploading and watching videos right away. Yes, there's a stand-alone app, but you can get all the same features by clicking a new IGTV icon on Instagram. Systrom told Engadget that, based on how people use Instagram today (for a couple of minutes at a time), giving them access to longer-form video needed "different context." That's why, he said, Instagram decided to let people choose how they want to interact with IGTV, instead of forcing them to use a separate app.

And that's the thing about IGTV: It may not have a way to pay creators right now, but because of how successful Instagram already is, the potential is enough to get them excited. The money is going to follow, eventually. (Or at least every wannabe IGTV star hopes it will.)

That's probably not enough to scare YouTube, though. At least not right now.


My Views On IGTV