How To Record GamePlay On Android 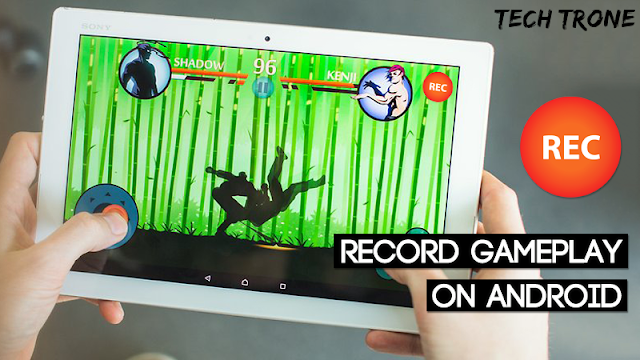 We are going to describe an useful method that will help you to capture the game play at higher resolution in your Android device. The method is quite simple and with that, you can easily record any of your favorite game at HD quality.  Go through the post to know about it.

Many game lovers love to record the gameplay that they play on their devices and for that users go for screen recording tools but their result doesn’t meet the expectation as the screen recording apps record screen at low-quality recording. However, if you need to do some high-quality graphics recordings on your device then you are at a right place. Here we have mentioned some of the best ways that are actually designed to records games in Android device and that too with a better quality. The method is quite simple and with that, you can easily record any of your favorite game at HD quality. So have a look at the complete method discussed below to proceed.

How To Record GamePlay On Android 2018

The method is quite simple and easy and you will just need a Google Play App that is already pre-installed on your Android device which will allow you to record your gameplay and that too on high-quality recording and without any need of any third party tool. So have a look at the complete step by step guide below to proceed.

Step 1. First of all, you need to have the latest version of the app Google Play Games and if you don’t have it then get it updated from the Google Play Store as the screen recording feature is only there in its latest version.
Step 2. Now you will see the new option Gameplay record that you will see in the saved feeds there in Google Play app.
Step 3. Now browse to the game of which you want to record the gameplay and there click on the “Record” logo.
Step 4. Now you will be asked to choose the quality of your video recording. Simply, select it according to your wish and click “Next”
Step 5. Now simply launch the game and you will see the recording tray during the gameplay

This is one of the best Android apps to record screen in Android as in this app there is the facility of anonymous recording by which you can easily record screen and the clips of your front camera without anything displaying on a screen. And this app is specially designed for the lollipop version of Android.

This is an another Android app which records the screen activity. This app is freely available and works without root. In this app, you have to set the bit rate and file saving path at the very first use. You can even record audio with this app and this app gives you 10 seconds when you click on ready to make you ready for the recording.

This is one of my favorite apps to record Android screen activities without rooting it. In this app, you can record screen, share data between a computer and your Android and lots of more option that are available in this app. Also, this app is freely available on the Google Play Store.

Also Read:  How to Turn Off “Last Online” On Instagram

So above is all about How To Record Game On Android. With this method, you can easily record out the best moments of your gaming experience on your Android device and that too without using any third party tool and at the High definition recording with google app. Hope you like this cool solution, Do share with others too. Leave a comment below if you have any related queries with this.