May 17, 2018
Following last night’s launch event in London, OnePlus has now unveiled its latest flagship, the OnePlus 6 (starts at Rs. 34,999), at an event in Mumbai, India. If you’re wondering why OnePlus chose to hold a second launch event in the country, it’s because India is the biggest and the most important market for the company.

OnePlus is already one of the top three premium smartphone brands in India, capturing 25% of the market share in the premium price segment. The country has also played a critical role in helping OnePlus establish partnerships with brands such as Amazon and the company’s community in India has played a major role in providing feedback to help it improve the product experience. 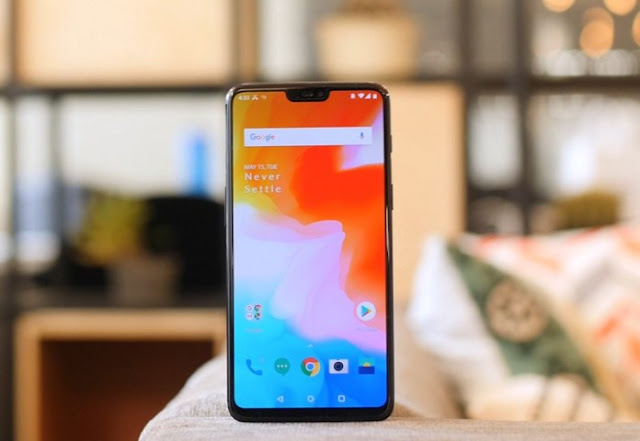 The OnePlus 6 launched in India is in no way different from the global variant and features the same top-of-the-line specifications, including the Qualcomm Snapdragon 845 SoC and 6/8GB RAM. The device has initially been released in two color variants, namely Mirror Black and Midnight Black, with a third Silk White variant coming in shortly after. OnePlus has also partnered with Marvel Studios to launch a limited Avengers-edition OnePlus 6, which has exclusively been launched in India.

In case you missed the global launch event, here’s a quick rundown of the specifications on the OnePlus 6:

The new OnePlus 6 has a new all-glass design which replaces the aluminum back found on last year’s OnePlus 5T. The device packs in a new 6.28-inch full optic AMOLED display with a notch on the top. The notch, much like other Android phones, houses the front-facing camera, sensors and the earpiece. Despite the notch and the chin on the bottom, the OnePlus 6 boasts of a 84% screen-to-body ratio, while keeping a similar form factor as the OnePlus 5T. Another design change included in the OnePlus 6 is that the device is now water resistant, however, OnePlus still hasn’t included an IP certification.

OnePlus has also given a minor bump to the cameras on the OnePlus 6, with the device now featuring a 19% larger sensor and Optical Image Stabilization (OIS) along with Electronic Image Stabilization (EIS). OnePlus claims that its latest device will be able to perform better in low-light conditions, but we’ll elaborate on that later in our in-depth camera review. Keeping up with the trends, OnePlus has also included slow-mo video capture, however, unlike the Samsung Galaxy S9, the OnePlus 6 is only able to capture slow-mo video at 480 fps.

While the device was launched at a starting price of $529 globally, it’ll be available at Rs. 34,999 for the 6/64GB base variant and Rs. 39,999 for the 8/128GB variant. Along with the launch, OnePlus has announced a number of launch offers, including a flat Rs. 2,000 discount for SBI card users, Rs. 2,000 cashback for Idea postpaid users, free accidental device insurance, and vouchers worth up to Rs. 25,000 from Cleartrip.