iPhone Users Beware! The ‘Black Dot of Death’ Is Out To Get You 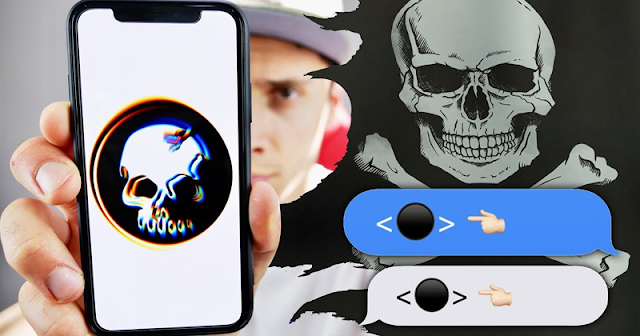 Do you remember the WhatsApp message that could block the application and affect Android devices? Well, now according to several latest reports there is now a circular message circulating that has the ability to crash any iPhone. - Tech Trone

iPhone Users Beware! The ‘Black Dot of Death’ Is Out To Get You

Do you remember the WhatsApp message that could block the application and affect Android devices? Well, according to several reports there is now a circular message that has the ability to block the iOS messaging app.

This threat has been dubbed ‘Black Dot of Death’ and affects iOS 11.3 and beta versions of iOS 11.4.

According to the Mashable channel, this “threat” was apparently created by the EverythingApplePro channel and just like the WhatsApp bug, the message includes Unicode text that is not visible to the user. Once you open the message, the Message app simply locks as you can see in the next video.

Closing the application does not solve the problem since, as a solution, the user will have to delete the message from another device (e.g. Mac). For those who have iPhones with 3D Touch, they can allow the app icon for a few seconds and then choose the “New Message” option and then delete the previous message.

Despite all the efforts on the part of the tech giant Apple, the truth is that iOS 11 has proven that it has several bugs and vulnerabilities. The tech giant Apple has made relatively quick updates available to address such issues, but there are still a number of bugs that tarnish the company’s image of Cupertino and negatively influence the experience of using the system.