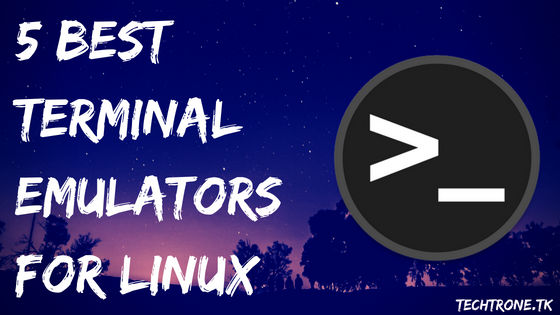 Have you noticed that articles about Linux terminal emulators usually say something like “the terminal is not scary”? Well, they’re not wrong. The terminal emulator is just an application; there is nothing inherently “scary” about it (the commands you run in it are potentially dangerous). And since it’s an application like any other – say, a music player or a messaging app – you can easily replace it.

As you may already know, the word “terminal” used to refer to actual physical devices. They had a keyboard and a screen, and enabled people to interact with the mainframe computers. These days, our terminal emulators are just software, but we often use the same word – terminal – for them.

The majority of Linux terminals emulate the functionality of VTxxx devices developed by DEC (Digital Equipment Corporation), but there are emulators for other devices (IBM, HP, ADDM…). Linux terminals are very similar to each other, especially those based on the VTE software library. The difference is mainly in additional options that you can enable to improve your workflow.

While most people will be happy with the default terminal provided by their Linux distribution, some might want to switch things up. If you’re feeling adventurous, here are 5 best Linux terminal emulators perfectly capable of replacing your current one:

Great if you want: a drop-down terminal with many tab management options 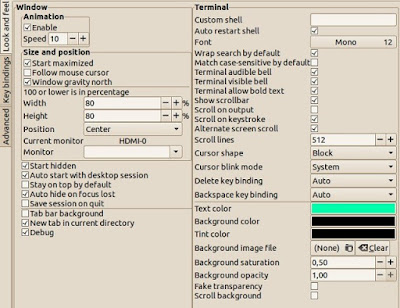 AltYo doesn’t have a lot of dependencies, but it has plenty of tab-related settings. You can work with multiple tabs, rearrange them, modify their titles, or lock them to prevent accidental closing. Since it’s a drop-down terminal, it slides smoothly from the edge of your screen, but it will also work well with tiling window managers.

AltYo can automatically open apps in new tabs once you launch it, or even make them autostart with your Linux desktop. Beginners will be happy to hear that AltYo has an uncomplicated settings dialog, so they don’t have to edit any configuration files. Conversely, those who wish to tinker behind the scenes can customize AltYo with CSS.

Great if you want: a modern terminal optimized for speed 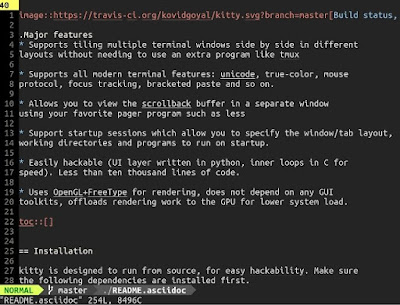 Kitty has a smart feature that’s relatively uncommon among Linux terminal emulators – OpenGL rendering. Instead of taxing the CPU, it relies on the graphics card for faster and smoother output.

You can open multiple instances of Kitty and organize them neatly in one container. Several tiling layouts are supported, and you can even save a layout (with all running apps and commands) as a session and load it at any time.

Great if you want: advanced options for managing command output 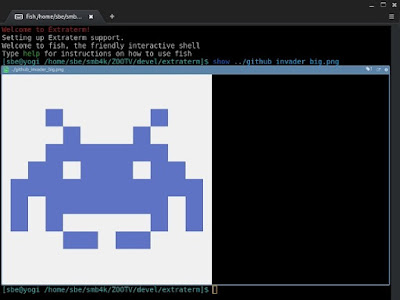 The award for the coolest feature goes to Extraterm’s command frames. Extraterm places the output of Linux commands into color-coded frames – blue for successful, red for failed commands. You can quickly delete the output of a command by clicking the X icon, or open it in a separate tab within Extraterm. If you switch to Selection Mode, you can edit the output of each frame.

Other helpful features include from and show commands. The first one lets you use the output of a previous command as input for the next one. The show command displays the contents of a file in the terminal window, and image files are supported, too.

Great if you want: extensibility and speed 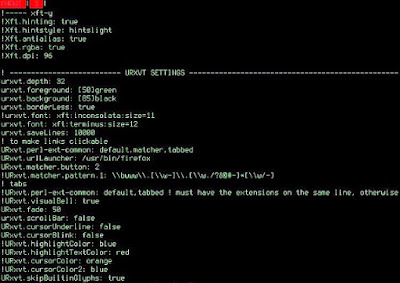 Urxvt stands for rxvt-unicode, which hints at the origin of this terminal emulator. It is a fork of rxvt with support for Unicode – an encoding standard that makes it possible to represent various writing systems and characters in files and applications.

Urxvt also supports custom line height and letter spacing for better readability. You can use urxvt in server-client mode, where it runs as a background process (server) to save memory and to open new urxvt windows (clients) much faster.
If Perl is your favorite programming language, then urxvt might be your favorite Linux terminal emulator. There are quite a few Perl extensions for uxrvt that you can enable to introduce features like tabs, clickable URLs, and clipboard management. Of course, you can try your hand at writing custom extensions.

Great if you want: a beginner-friendly terminal with optional drop-down mode 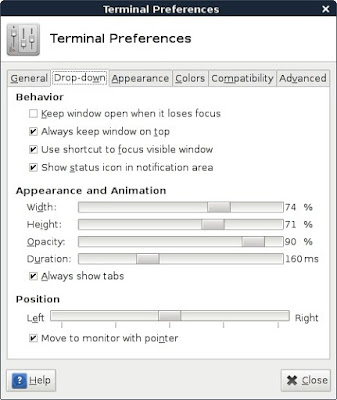 Xfce Terminal is a beginners’ favorite because it’s easy to customize through simple dialogs. It offers the standard features you’d expect from a Linux terminal, plus a few cool extras.

You can drag-and-drop a file from the file manager into Xfce Terminal and have it display the full path to file. The terminal window background can be transparent, and you can use Xfce Terminal in Compact Mode, which hides window borders, decorations, and toolbars.

The best of all is the optional drop-down mode that makes Xfce Terminal work like other popular drop-down terminals (Guake or Tilda, which is on this list). Make sure to read the official documentation to ensure the drop-down mode is properly set up.

As always, the choice is up to you, so pick a terminal that suits your level of experience. With so many terminal emulators striving to be more user-friendly and easier to customize, even complete Linux beginners shouldn’t have trouble choosing – and using – one.