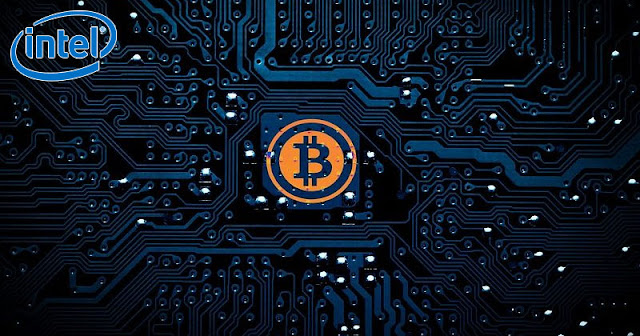 According to the latest reports, the giant chip maker Intel to launch a Bitcoin mining hardware accelerator, as the value of Bitcoin is growing with the passage of time, since the mining of Bitcoin is today much more lucrative than a couple of years thanks to the enormous value that said cryptocurrency has acquired.

The giant chip manufacturer, Intel patented in 2016 a solution to accelerate the mining of Bitcoin that the giant chip maker Intel describes textually as “Hardware accelerator for Bitcoin mining with optimized message digest and message scheduler with data path”.
The patent is not new because as we anticipate it dates from the end of 2016, but it has been recently discovered and we can say that its value has been growing with the passage of time, since the mining of Bitcoin is today much more lucrative than a couple of years thanks to the enormous value that said cryptocurrency has acquired.
Judging by what we have seen in the description of the patent, the giant chip manufacturer Intel has considered the possibility of creating a chip that could improve the bitcoin mining process that currently exists, also boosting energy efficiency.


In one of the paragraphs of the patent it is said exactly:

“Because the software and hardware used in Bitcoin mining uses brute force to repeatedly and infinitely perform SHA-256 functions, the Bitcoin mining process can take a lot of energy and use large amounts of space-intensive hardware. Here we describe a way to optimize Bitcoin’s mining operations by reducing the space used and the energy consumed by the hardware.”
In theory, the giant chip maker Intel expects that its Bitcoin mining accelerator can reduce energy consumption by up to 35%, and in theory that chip could be integrated into both ASIC systems and platforms that use SoCs, CPUs and FPGA units.
There is no doubt that this is an interesting project that could help greatly improve the efficiency of the Bitcoin mining and make it much more profitable, since energy consumption is one of the permanent costs that most affect the procurement and monetization of said cryptocurrency, although there is still no firm prototype that has served to transfer this patent to the real world.