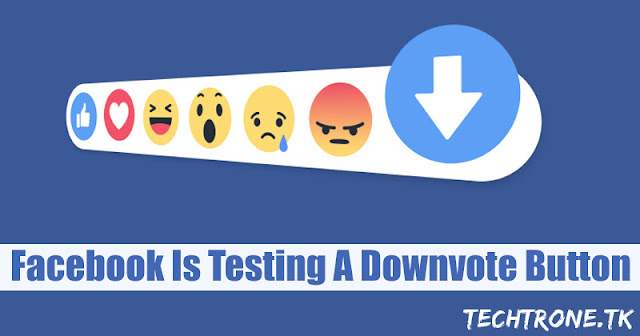 Facebook is testing a new feature which will allow users to downvote the comments. Users who find any comment made on Social networking platform as inappropriate or unmeaningful can actually downvote it.

From the past few years, we are hearing a lot about a dislike feature on Facebook. It was assumed that the social networking giant might be working on a new feature that will allow its users to dislike Facebook posts.

Now it looks like Facebook is testing a new feature which will allow users to downvote the comments. Users who found any comment made on Social networking platform as inappropriate or unmeaningful can actually downvote it.

The downvote feature could be seen as a means to promote a healthy discussion and interaction among the users. According to the reports from The Daily Beast, Facebook has confirmed that it’s testing a feature for people to share feedbacks about comments on public posts.

Right now, the test is being carried out with just a small number of people. Well, with this feature, users can downvote comments and help the negative statements to push to the bottom of the comments feed.

Well, it’s a known fact that the users at Facebook have long demanded a dislike button but the company, instead, rolled out a Reaction option. Even Mark Zuckerberg said that they didn’t build a dislike button to stop the website from turning into a forum where people just vote up and down.