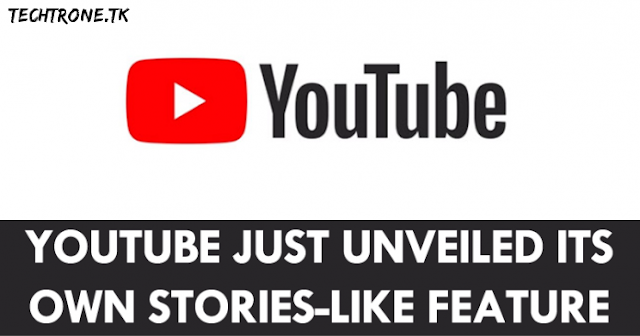 It seems that after the popular social network platforms like Facebook, WhatsApp, Instagram now the tech giant Google have also decided to copy the well-known and popular feature of Snapchat for the most biggest video platform, of course, YouTube.

If Facebook, WhatsApp and Instagram have sinned at all, it’s about copying an idea from Snapchat in an audacious way, which in Instagram has some sense, the bad thing, is that they have tried to put us with shoehorn in WhatsApp, something that ends uploading the application, and filling it with useless things.

The format of uploading photos or videos that self-destruct is triumphing, that’s clear, and, now, it seems that the tech giant Google is also going to point to the fashion of copying this concept to introduce it, neither more nor less than YouTube. Hence, today I will tell you all about YouTube Reels!

That’s right, as you can read in Android Authority, it seems that the tech giant Google has planned to introduce to YouTube a quite different concept, which aims to get you consume more content on the platform of the American company.

We say that it is quite different because the stories you upload will not expire after 24 hours, but will be permanent so that they can be viewed on each user’s YouTube channel. You can even create albums where we can order thematically the photos and videos of up to 30 seconds that we upload.

Being on YouTube it was expected that we could interact with this content, and that’s right since we can give positive and negative votes, as well as comment on the publications that we want.

At the moment, there are already some YouTubers that have it available to test it, but it is expected that gradually it will be made available for the rest of the users. Something that should happen next week.

The tech giant Google, on this occasion, has done well not to make a blatant copy of the stories, but to create their own concept of these, in order to bring something different to what other platforms have, and distinguish themselves from the copies they carry out.