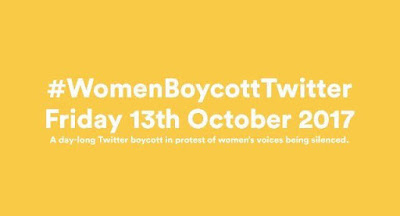 Just a day after Twitter suspended actress Rose McGowan's account for violating its terms and policies, actors and activists alike are asking users to boycott the service.
Rose McGowan's Twitter account was suspended after she accused film producer Harvey Weinstein -- which in turn caused a lot of outrage on the microblogging service. This is not the first time that Twitter is being slammed for its inability to tackle abuse on its platform. It is also being reported that Twitter has earlier also faced criticism for not being able to tackle abuse against women users on its platform.

As a result of this, #WomenBoycottTwitter started trending at midnight in New York is expected to last the duration of October 13. It is being reported that the source of the campaign is Kelly Ellis, a software engineer and former Google employee who has earlier written about the harassment that has been experienced by her and about Twitter's inability to address it.

Last year, Ellis also wrote about a number of harassing tweets that she had received. And yesterday, after McGowan's account was suspended, she noted how the actress was silenced while the rape threats received by her were still live on Twitter.

Although Rose McGowan's Twitter account has been unlocked for now, it is expected to stay silent during the 24-hour protest.

But even then, it cannot be said how many people are participating in the #WomenBoycottTwitter campaign. What is being argued is that in spite of Twitter's promises of transparency, a revamp in blocking tools and tweaked policies, a lot more needs to be done to ensure that women stop facing harassment on the microblogging platform.

Ladies. Let's do this. #WomenBoycottTwitter. Not because of hate but because I love this platform and know it can be better.
— christine teigen (@chrissyteigen) October 13, 2017

For women of all colours whose voices have been silenced. #WomenBoycottTwitter pic.twitter.com/tNqZ94jFq0
— Karima Ladhani (@karima1211) October 13, 2017